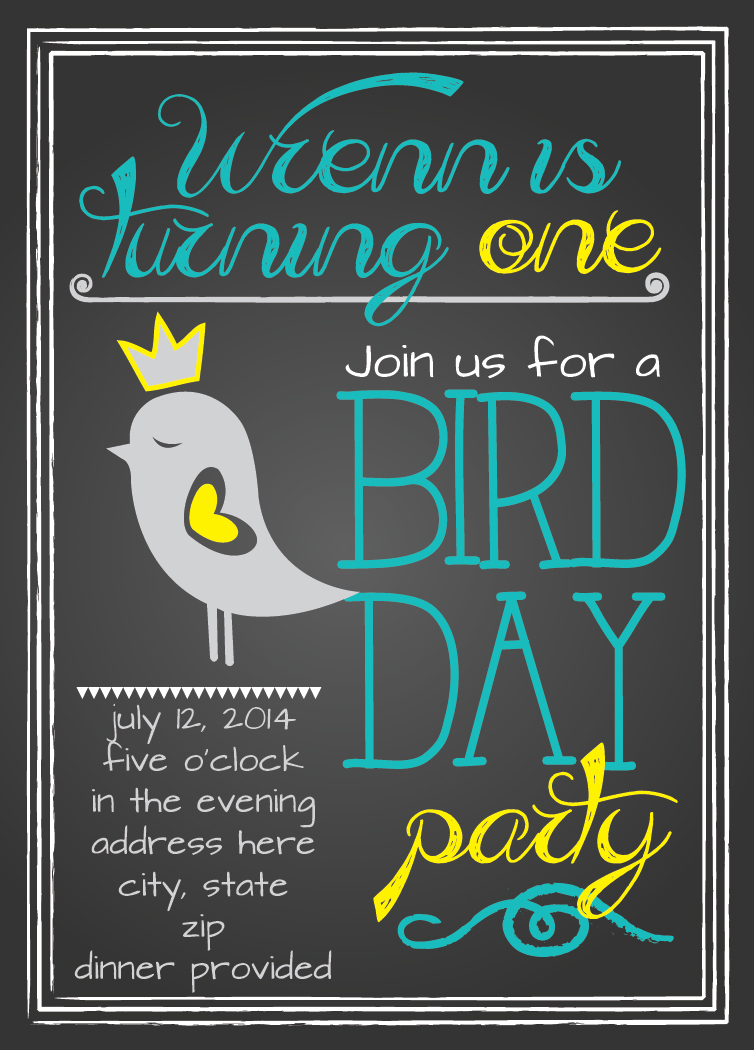 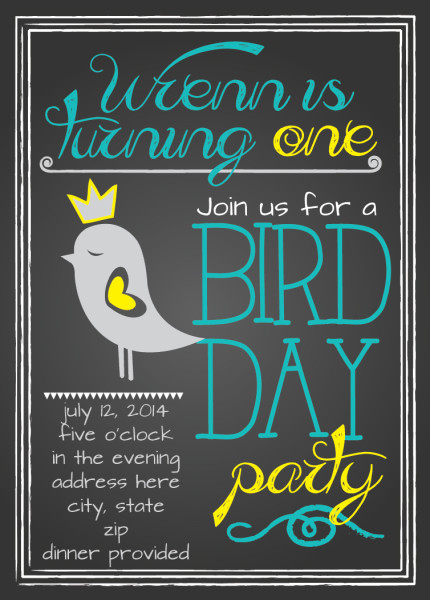 Wrenn is turning ONE in two weeks. How is that possible? I swear just yesterday I was 800 months pregnant, lamenting to my husband that I would never go into labor, as I was stuck on the couch on bedrest, eating Chick-fil-a and binge-watching How I Met Your Mother on Netflix (y’all, Netflix got me through a very difficult pregnancy and the first two months of Wrenn’s life). And then my water broke, and next thing I knew, I was in the hospital holding my beautiful, big-eyed baby girl.

And now that beautiful, big-eyed baby girl is about to be ONE. ONE! We’ve decided to avoid the first birthday insanity and host a family-only birthday party with a simple dinner and cupcakes. But of course I had to design a special invitation and a FEW special decorating touches for the big day.

It was only fitting that we declare this a BIRD-day party in honor of our little Wrenn-bird. We

found the idea a few months ago from a greeting card while on one of Mr. Right’s secret dates. The card had a bird with a crown and it simply said, “Happy BIRD-day.” From there, we spent the evening brainstorming fun ways to use this theme.

I’ve been on my best behavior and haven’t gone crazy buying decorations OR gifts, but I did decide that Wrenn would have to have a special birthday dress. I found this pattern on Etsy and did a practice run with scrap fabric (see photo) to make sure I could do it. I’m in love with the way it turned out! I’ve bought special BIRD-day fabric, and Wrenn will proudly debut her new dress at the party. (Lord, please don’t let her have a blow-out diaper in her new dress before the party starts!)

I can’t wait to fill you in on the rest of the details! Also, in the meantime, don’t forget about my little Etsy Shop! That shop helps fund my fabric addiction. 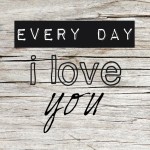 Check out my newest print: Every Day I Love You.

Happy birthday to me. How do we celebrate birthdays around here?
With cake balls from the same lady who made our wedding cake. You haven’t lived until you’ve had Colleen’s strawberry cake balls dipped in white chocolate. Oh my word. 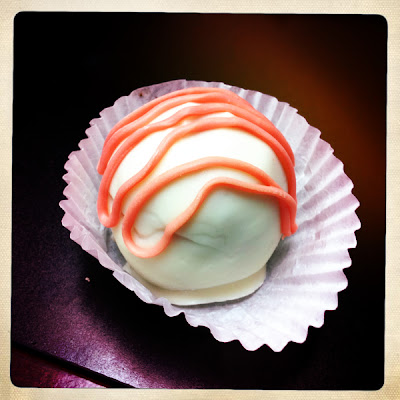 We bought two dozen, so it will be my birthday for a very long time. Don’t worry, I’m choosing to share with Mr. Right and with various family members who ask nicely. 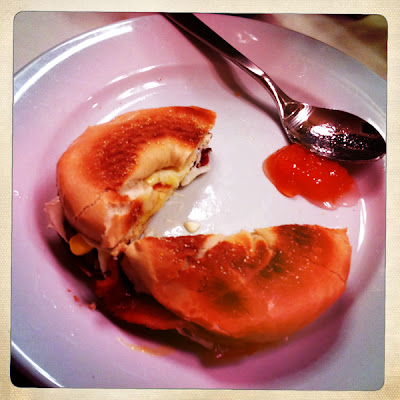 I also celebrated with a special birthday breakfast cooked by my chef husband. A bagel, egg, and bacon with homemade plum preserves. It was amazing.
Speaking of food, I also celebrated with a birthday lunch with a few of my closest girlfriends… and a pedicure. Because nothing says happy 31st birthday to me like pretty toenails and a foot massage. And a strawberry cake (do you see a pattern here?).
I had a birthday dinner with my side of the family… and more food. My mama is an amazing cook… and then we ate more cake balls.
Tomorrow night I’m having Mr. Right’s side of the family over for a joint birthday dinner (my father-in-law has a birthday two days after mine) and Mr Right is making homemade chicken fried steak. I’m sure it’s the low-fat version.
And then I get two Thanksgivings. And I heard a rumor we may go to Joe T. Garcia’s sometime this weekend.
Someone sign me up for a 10K before I double in size! Hurry!
I bet you’re wondering what Mr. Right got me for my birthday. He’s going to turn this… 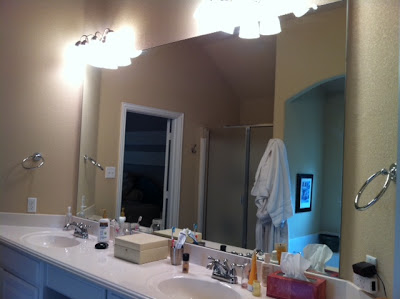 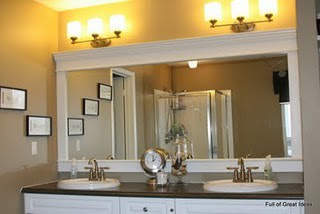 That’s right, he’s framing our master bathroom mirror. Ours will look a lot like this, but he painted it black. It’s currently lying on the garage floor, ready to be installed. I just love being married to man who knows how to turn my wild hairs into reality. 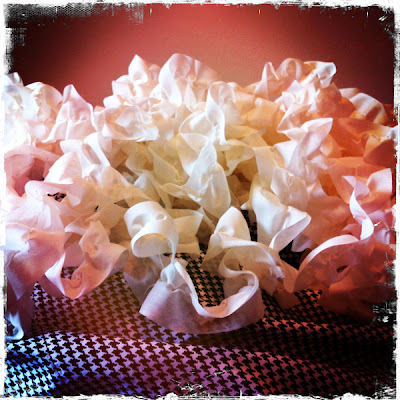 Since this is Thankfulness month on my little blog, and since I’m three days behind (but it’s my birthday… so I get a pass, right?), I thought I’d just list a few more things I’m thankful for, which can count for #20, 21 and 22:
I am thankful for strawberry birthday cake and girlfriends who love pedicures as much as me and family who calls and sings happy birthday and coffee being brought to me in bed and birthday breakfasts and getting birthday cards in the mail.
I’m also thankful for this blog, which started four years ago on my 27th birthday.

Do you want to know how YOU can absolutely make my day on my birthday? Leave me a comment on my blog– it would make me feel all sparkly and distract me from thinking about how I’m now 31.  I know you’re out there – somehow I watched my visits quadruple this month. I’m sure 80% of those readers are related to me (hi mom, Mr. Right, and to my mother-in-law), but that still leaves a few friends and strangers out there reading, and it would just make my birthday if you would say hello. Won’t you?

Speaking of 31, I’ll leave you with a list of other famous people who are 31. It’s kind of an awesome-not-at-all-old-at-least-that’s-what-I-will-remind-myself club.

I guess this means I’m joining the cool kids club. I hope that oldest Hanson saved me a seat.

I never really thought I’d be 30. It always seemed like such a far-off adult number, and I’ve always felt like a kid. But here it is, something that seemed to be lurking in the shadows, and then one day I looked up and I was almost 30. And now tomorrow, it’ll officially be here. 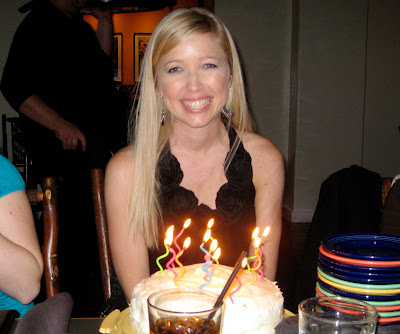 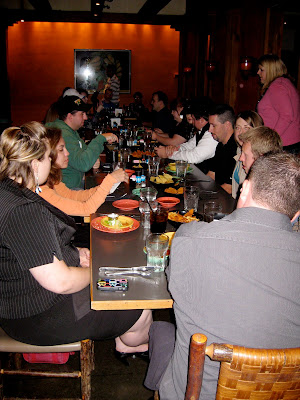 Some other various things:
Must get to bed… the dark circles under my eyes from a lack of sleep will definitely not serve as a compliment to the pimples on my face. Oh, the joys of being a 29-year-old teenager.
PS–This is the two-year anniversary of this blog. Check out my other birthday posts here and here and here. Happy birthday to me.

It’s also the one-year anniversary of this blog. Here’s the original, written last year.
And here’s a throw-back to another birthday post on the old blog.
I seem to get a bit sentimental on my birthday. But for some reason, not this year. I’m in a pretty good place, one of those transitional spots where I’m on my way somewhere, but not there yet. But as I travel to my next destination, I find myself happy, content, and thankful to be surrounded by some pretty neat people. And surprisingly enough, I don’t feel the least bit introspective. Maybe I’m just too full with chocolate birthday cake to worry about much.
Tonight I had a birthday party… a retro roller-skating party with about 25 friends and family members. It was a real hoot–I promise to post pictures very soon. I felt like a kid again… possibly because I wore a glo-necklace, raced boys on rollerblades, and had my mom there taking pictures. Yep, I may be 28, but that doesn’t mean I have to act like it.

Today is my birthday. I’m 27, which sounds surprisingly adult. My mother was 27 when she had me, and I always figured that she was a grown-up. Now I wonder. Because I still feel young and uncertain. Like a little girl playing dress-up in her mom’s high heels. Other days I feel seasoned and savvy, like I can conquer the world.

Maybe it’s the combination of my birthday and the Thanksgiving holiday that makes me so sentimental. I’ve been thinking of reviving my blog for a few weeks now, and I figure this is the best day to begin. The birth of a new blog.

I’ve arleady done this once. I kept a blog for about two years. It recorded mostly silly thoughts… purposely superficial. I did that by design. I don’t know how this one will work. I suspect that this one will be similar. Mostly soft and fluffy, with some current events and my reflections on the world to add flavor.

But first, we should meet. I used to live here.