Confession – I have never handed out candy at my house on Halloween. Ever. Well, at least since I was a grown-up. I’m always either (1) at a Halloween party at someone else’s house, or (2) hiding in my back sewing studio with all the house lights off, trying to enjoy a few hours of sewing bliss while simultaneously praying that no angry trick-or-treaters egg my house. 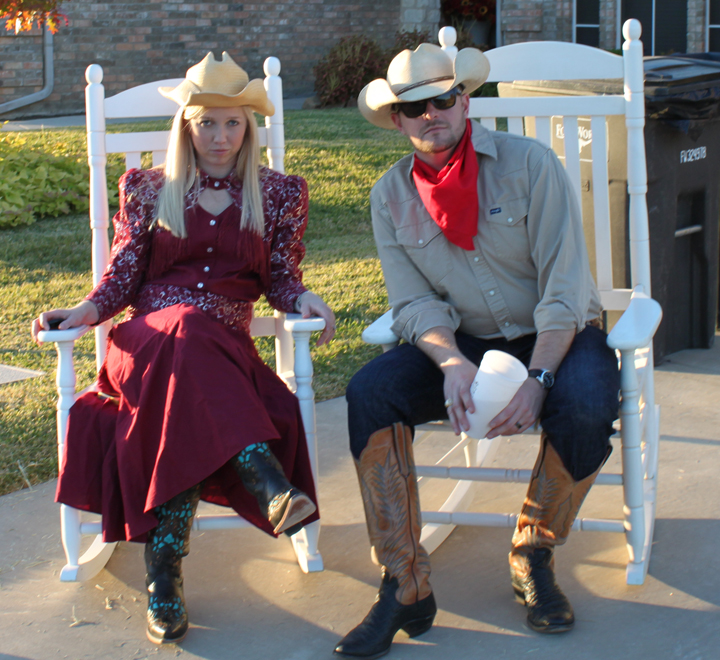 So I guess that makes me a Halloween Scrooge. But not this year! This year, Mr. Right single-handedly threw a ginormous Halloween party at our house, and it was a blast. It may be a new annual tradition.

I say he single-handedly threw the party because I had to work right up until the time the party started, and he was able to take the day off. So, he really did all the set up, all the cooking, all the decorating by himself (and most of the clean-up the morning after).

And he rocked it. I am so thankful I married a man with a servant’s heart.

I mean cowboy. I married a cowboy with a servant’s heart. 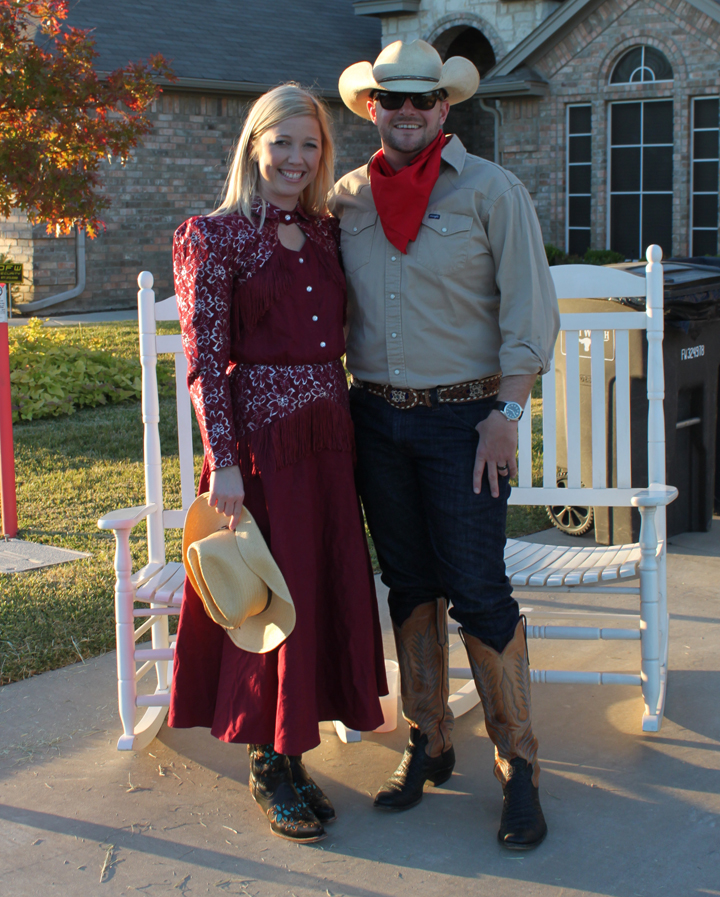 I’m no good at costumes (nor do I really care), but thankfully my sister is the QUEEN of costumes, so I was able to swing by her house on my way to the party and borrow this gorgeous 80s rodeo queen get-up. It’s my new favorite dress. (and so comfortable!) 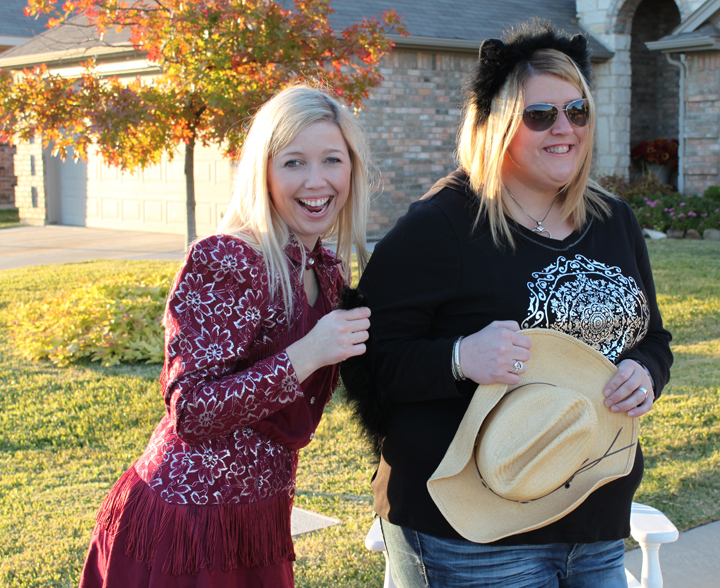 You know who your closest friends are, because they’re the ones who show up before a party starts just to see if you need any last-minute help. They’re also the same people who call your husband late at night when they’re having plumbing issues, and who never EVER judge you when they come over to your house and it’s a wreck and you don’t have any makeup on.  Anyway, not only did Andrea come by early to help (and stay late to clean up), but her taco soup also won the grand prize for our driveway chili cook-off. 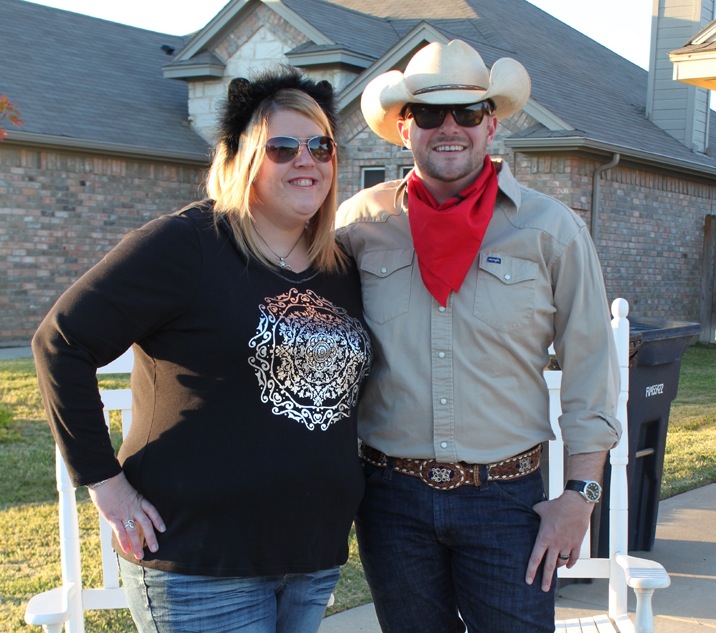 So back to the party. We did a little calf-roping…

Baby holding… (look closely, this baby lumberjack has a “beard.”)

May the odds be ever in your favor-ing… 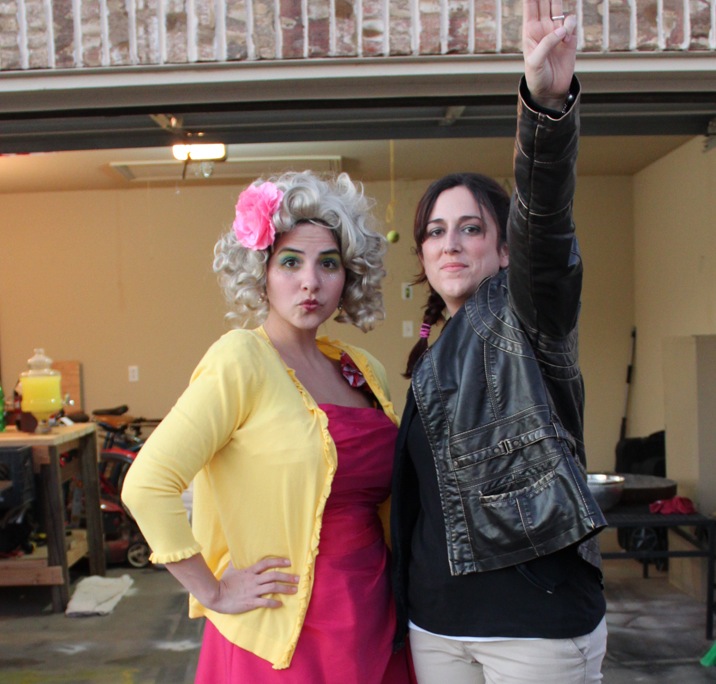 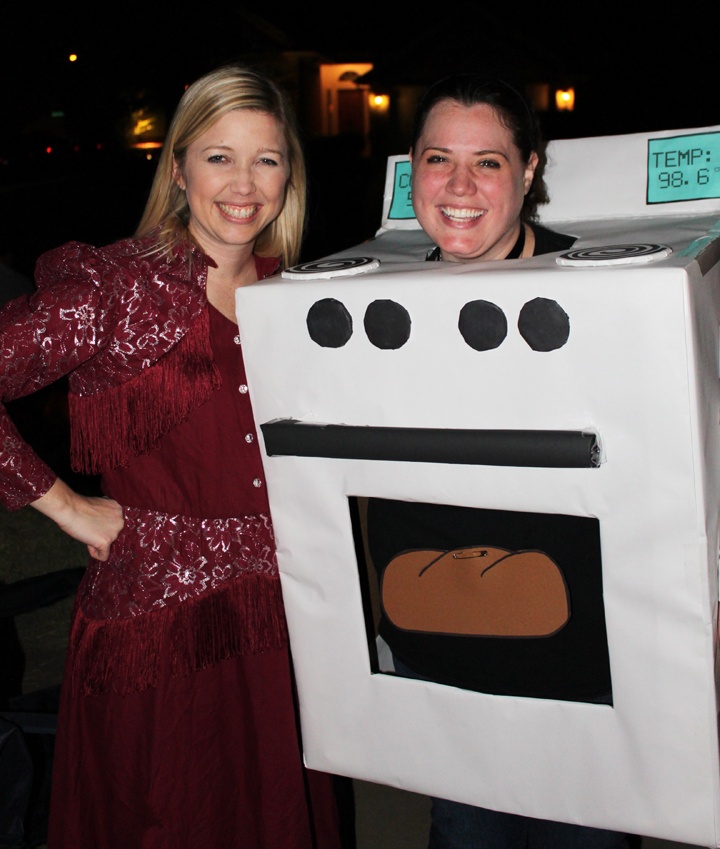 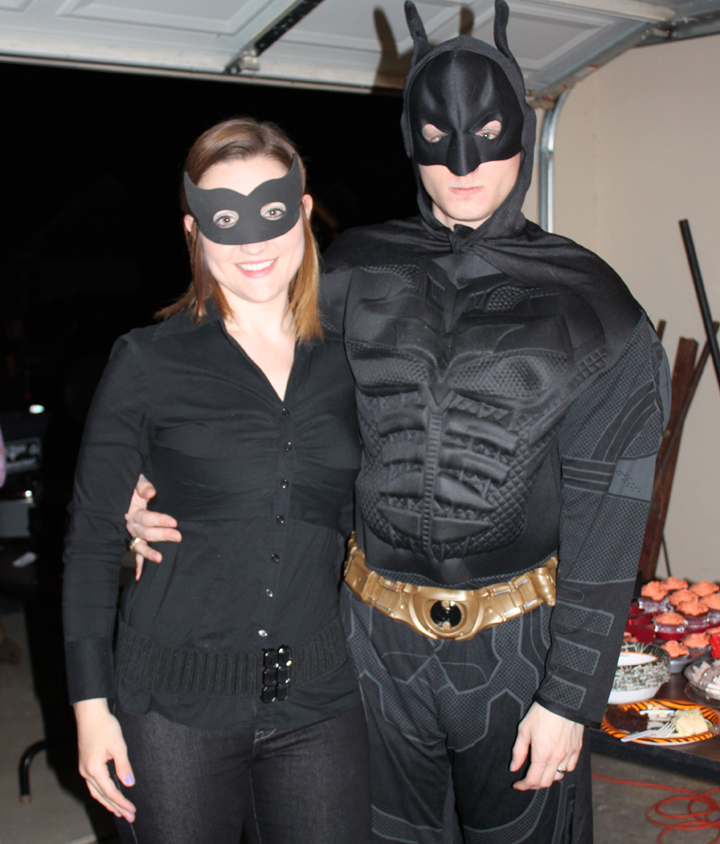 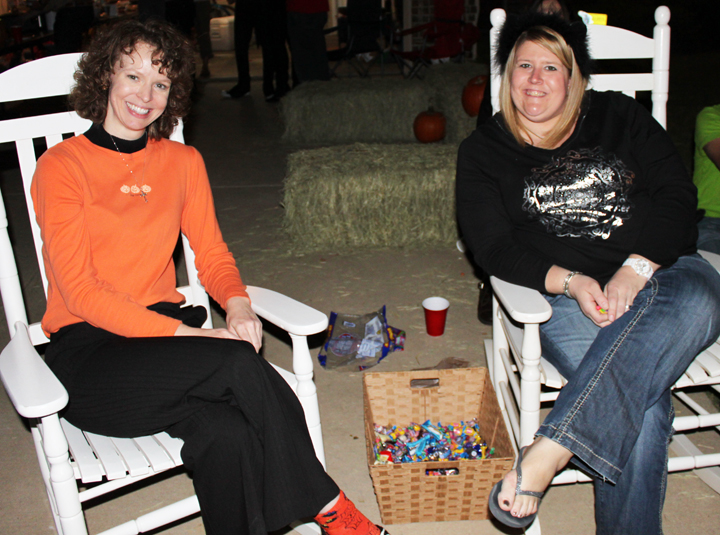 And further evidence that Mr. Right is one of the most generous and hospitable people that I know, toward the end of the night he started inviting the trick-or-treaters to come in and get a drink and some dessert. Pretty soon word spread, and we probably fed an extra 1,000 people. Not really, but it sured seemed that way. Probably closer to 50. 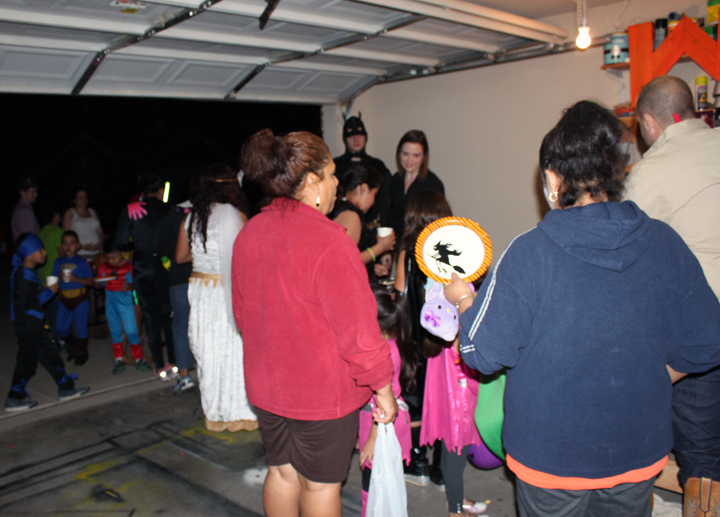 I’m now sleeping off a post-Halloween-party-non-alcohol-induced hangover. I will admit that a mid-week party in our home just about killed me, but lesson learned – next year I will just plan to take off work the morning after a party, and all will be fine! In the meantime, if you need me, you will find me at home in my PJs from tonight through Sunday morning, probably sipping a Diet Coke and watching another 50 episodes of How I Met Your Mother.