I try to avoid New Year’s Resolutions. I’m one of those Type A, first-born children who excels at heaping stress on herself. I have enough stress in my life without worrying about whether or not my bed is made every morning (it’s not… don’t tell my mother).

So most years I resolve to rest more, worry less, and make no resolutions.My Summer Bucket List doesn’t count because it’s strictly for fun and adventure. It doesn’t involve anything, you know, responsible.

But this year we’re going for it. Mr. Right and I have decided to split up our resolutions into one-month chunks. You can do anything for one month, right? Including, I hope, making some good habits. So onward, resolutions, it’s time to have some fun! 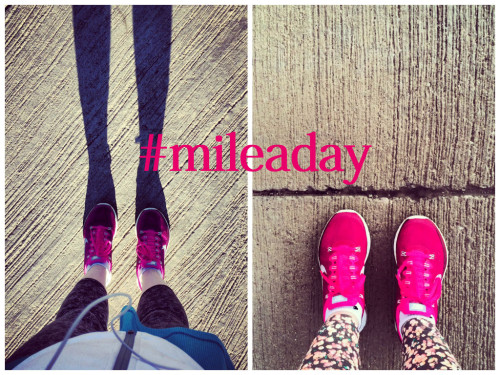 1. Run or walk one mile every single day. That’s 31 days, a minimum of 31 miles. So far, on January 2, I’m two for two. (I’ve found it helps if you wear crazy leggings… it gives a girl confidence.)

PS – I hate running. HATE IT. Until I do it a lot and get in good shape and run a race and then I LOVE running. Most of the time I prefer the idea of running, and the cute clothes that come with it. And the extra calories I can eat. And the carb loading. And those muscles you get in your calves. And casually mentioning to someone, “On my run this morning…” and sounding like some sort of athlete.

The parts I don’t like include the sweating, having to take a shower afterward, being hot, being cold, fitting it into my daily schedule, MESSING UP MY HAIR, making sure I nursed right before, finding my sports bra buried in my dirty clothes bin in the laundry room, the way my body aches during/after/at the mere thought of running, and being sore the next day.

2. No eating out in January. Well, except for a little anniversary getaway we have planned very soon. I mean, you can’t NOT eat out when you’re staying in a hotel. So we may have happened to have made reservations at one of the most famous establishments in the trendy part of town, with plans for brunch at another. But, except for that one weekend, no eating out. None. Nada. Zilch. Twenty-nine days of eating home-made meals.

Y’all, that’s going to be hard, because we eat out a LOT. And because I’m going to be too busy walking/running every day to go to the grocery store. First world problems, I know.

Enough kidding though, I really am excited about our January challenges. It’s fun to try something new. It’s just for 31 days… 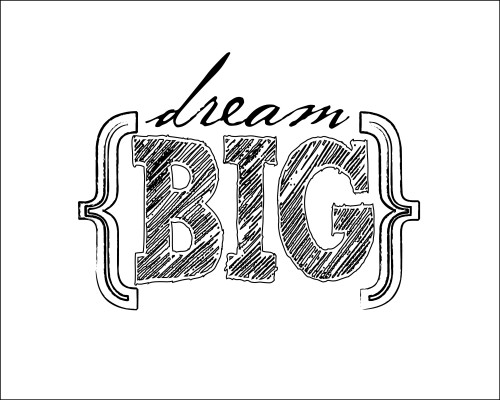 Speaking of my 2014 theme of dreaming BIG, I have a big dream to share with you. Last year my little blog grew so much – I was blessed to have some wonderful friends and readers (and readers who became friends) who followed along with our story. I decided that in 2014 my goal was to get to 50,000 hits on this little blog. That number is totally reachable at this current pace. It’s a safe goal.

But this year isn’t about safe goals – it’s about BIG goals. My dream is to grow this little blog into something bigger. To use it as a platform to do some excited things, to laugh a little, to encourage people and to remind folks that no matter what they’re going through, they’re not alone.  And so I took my reachable goal and decided to double it. My new goal is to reach 100,000 hits by the end of the year. I don’t know how it’s going to happen, but I have a few ideas. Thanks to all my dear friends who have already helped me spread the word about yesterday’s free download. There are more of those coming soon.

Now pardon me while I go eat a bread stick. I earned it, you know, with that little 1-mile walk I did tonight. I bet the last of that baby weight is just going to melt riiiiggghhht off.