For awhile there I was updating my blog daily. That screeched to a halt this week when I encountered major computer problems. I thought I was going to be forced to buy a new computer (aak!), but one of my IT coworkers came to the rescue and gave me some scotch-tape options to keep my old computer humming for a little while longer. I know I’ll need to buy a computer in the next year or so, but I’d prefer to save up for something cool, like one of those iMacs.

It’s such a helpless feeling to not know how to fix your computer. Thank you Tyrone for coming to my rescue! Let’s hope this works… if you don’t hear from me, you’ll know it’s because my computer is giving me fits.

Today was a fun day at work. One of the boards I serve on met at one of our local TV news stations. Afterward I got a tour and met a weatherman, the news producer, and ran into a couple of reporter friends. I have been pitching a lot of stories lately, so hopefully my visit will help keep that ball rolling. And it’s fun to sit here in bed and watch the same news set that I walked around today. Sometimes my job is really cool.

Tonight I went to dinner with Mandi, my best friend from elementary school. We met the summer before first grade and immediately decided that not only would we be best friends, but that we could pass as twins. We never noticed that Mandi was tall with brown hair, and I was short with blonde hair. Details like that didn’t matter. Ever since our first summer together, which was spent swimming and playing on the slip-and-slide, hanging out in her “secret” clubhouse (aka–a finished attic her mom converted into a playroom) and picking out all matching back-to-school clothes, our friendship has continued. We don’t see each other very often now, but it’s so nice to see an old friend turn out to be just as amazing now as she was when she was 6.

I’m behind on posting photos… here’s some from about two weeks ago, when a group of friends went to the rodeo. It was so fun to dress up like a cowgirl, although I’m not sure that “Bethe” and “cowgirl” really go together. But it was fun dressing up… kind of like Halloween. 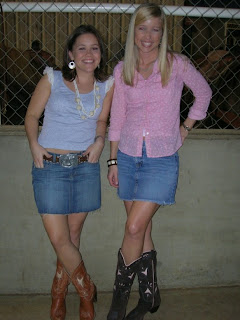 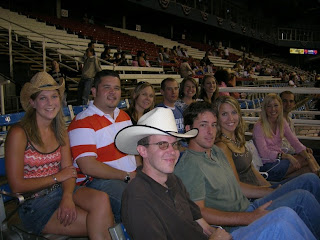