About a week ago, during one of my hormone-induced tearful meltdowns, Mr. Right kept asking me what was wrong, what I was upset about, and I couldn’t even verbalize it.

In our house, we call that fracturing from reality.

Does that mean I’ve officially punched my ticket to the crazy train? When you’re sobbing and you can’t even explain why you’re upset? How do you give words to that crazy cocktail of fear and nausea and exhaustion and frustration with not feeling like yourself for ten weeks in a row. And I think there may have been a discussion about childcare in there somewhere (which I can’t think about right now – it’s too hard).

And then, as Mr. Right did his best to talk me off of my cliff and bring me back to reality, he did that thing that drives me crazy in the moment (pitfalls of marrying a minister) but really gets me thinking later. My husband is incredibly wise.

He asked me to tell him one thing God has been teaching me through all this.

Which is totally the right question – how has He redeemed the past ten weeks of nausea and complications and sitting on my couch watching 13 seasons of Law & Order SVU while sipping on red Gatorade?

What made it worse was that I had no good answer. I don’t know. I can’t see it yet. After being so sick as a newlywed, I was able to look back and see so many things God taught me. But right now? Right now I just can’t see past right now. 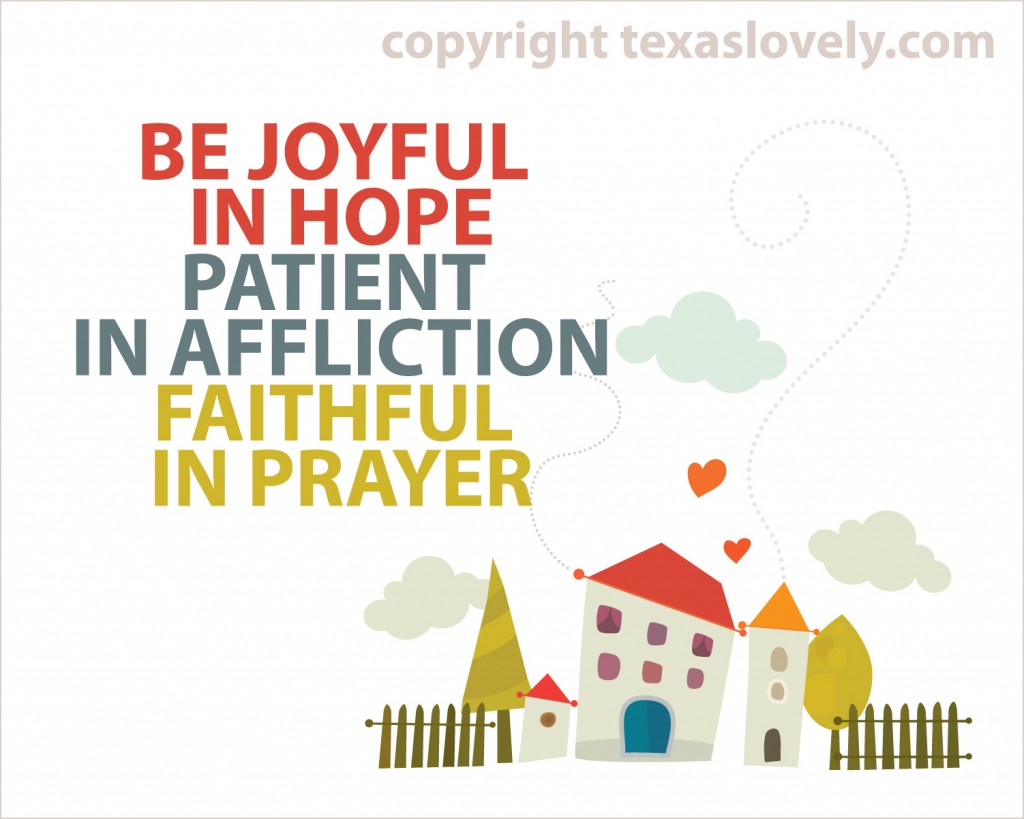 It may take awhile to be able to answer that question. But in the meantime, I will choose to be joyful in hope, patient in affliction, and faithful in prayer.  And Baby Right, as tough as this is, you’re worth it.