I am thrilled to announce that McGowan Images is holding a contest on their blog for a free Texas Lovely print! Three lucky people will get to win, and I’ve love it if one of my friends was on that list. Go over and share the “thorn” that you are thankful for. 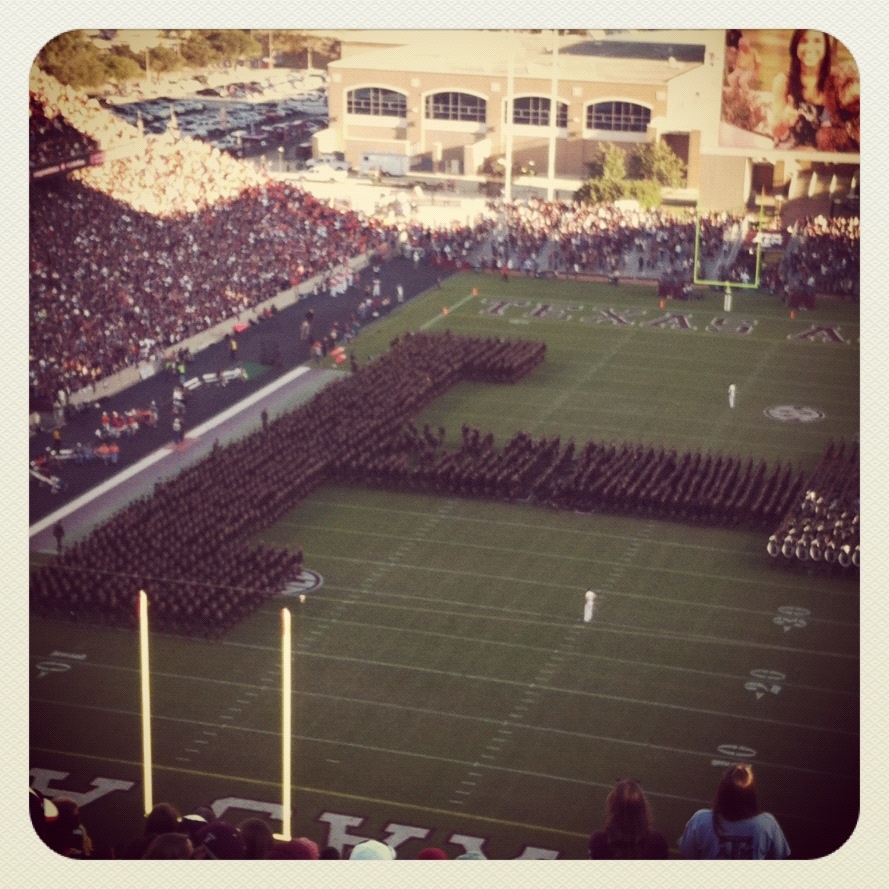 Last weekend Mr. Right and I headed down to College Station to watch his beloved Aggies whoop up on poor Sam Houston State. We sat about 10 feet below outer space, and parked about 80 miles away. Or so it seems. My cute new birthday boots rubbed blisters the size of Texas on my poor feet. It’s not cute.

After the game we headed to Houston to stay with Mr. Right’s college roommate and his wife, who have sweetly adopted me right into their family. The next morning we woke up and headed to church with Mr. Right’s former boss, who is now working in Houston, and then met up for lunch with my bestie and her husband, who also just moved to Houston to work for a church. A couple of observations:

1. Only a group of three ministers and their wives would get so excited about touring various churches. Things like “We use this system to track attendance!” and “Check out our baptistry!” and “Woah, I love your Welcome Center!” are probably not part of most peoples’ weekend roadtrips. But it was part of ours and we loved seeing where our good friends work. 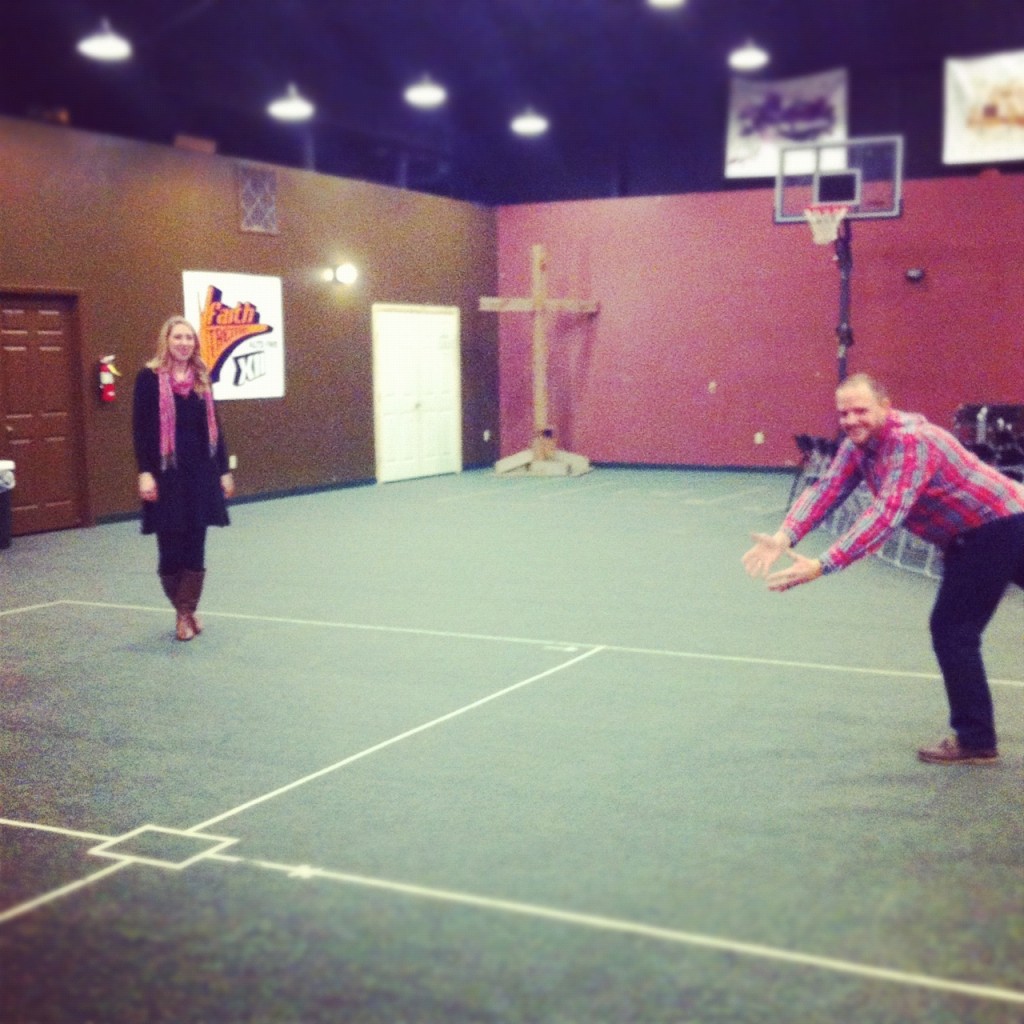 2. Apparently the new hot game in Houston youth groups is Four Square. It’s a big deal. And the four of us may have had a rousing game at 8:30 on a Sunday night in the youth room, all to ourselves. Stay tuned for a 4 Square tournament party at our home later this year. It’s going to be epic.

3. The other hot youth group game is called Israeli Dodgeball. Or Gaga. It just sounds dangerous.

4. I’m crazy out of touch with what’s cool for youth. And I’m cool with that.

Monday morning I convinced Mr. Right to drive back through Waco so I could revisit the Promise Land… Baylor. I hadn’t even been south on I-35 in about five years, so it was so nice to drive by and see all of the new buildings, and to show Mr. Right my old apartments. Which look even older than when I was there 10 years ago. I can’t believe I was a SENIOR ten years ago. That’s impossible.

I now have a shiny new Baylor shirt and some warm fuzzy memories from that quick stop.

We topped off the night with a sushi date and Twilight, which is how I know my man loves me.