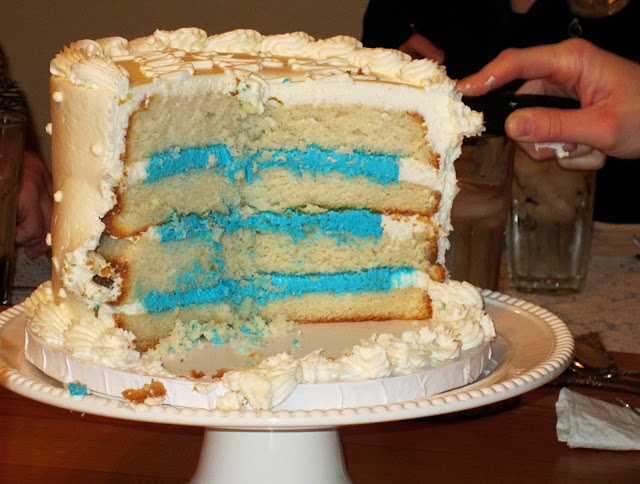 No, it’s not our boy, much to the surprise of a few friends whom misunderstood my seemingly innocent Facebook post. It’s my sister’s boy… and he’s making his debut in just a few months!

My super cute sister and her husband hosted a gender reveal party at their house Friday night, and both sides of the family held their breath as we watched the parents-to-be cut into the cake. To our excitement, we got a blue cake (and blue mouths after eating the blue cake), and soon I’ll have my very first nephew. I can’t wait to start shopping! 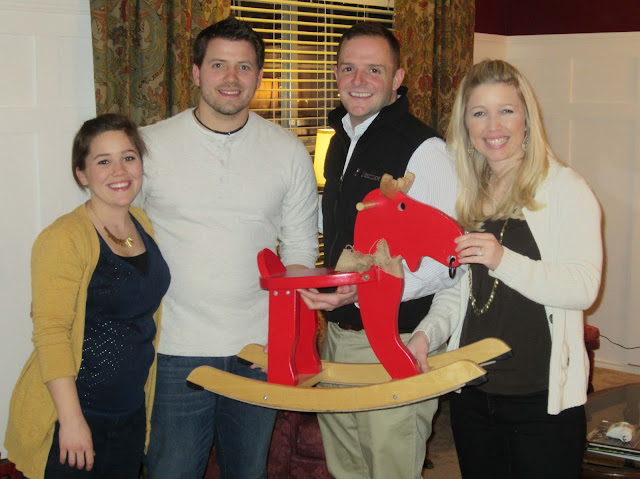 Then again, we’ve already done a little shopping – Mr. Right and I found this moose rocker at an antique sidewalk sale last summer, and since my interior designer sister has an affinity for moose decor, I just had to get it. Even though there wasn’t even a baby yet. I knew he’d be here someday.
The next morning, Mr. Right and I drug ourselves out of bed to run six miles… ahh, the half marathon training. This was the first time since our training started December 5 that my run actually felt good. Thank goodness. Now if only all of those runs would translate to a few lost pounds… but alas, I’ve lost a grand total of two pounds after 61 miles of running. Life is so unfair sometimes. 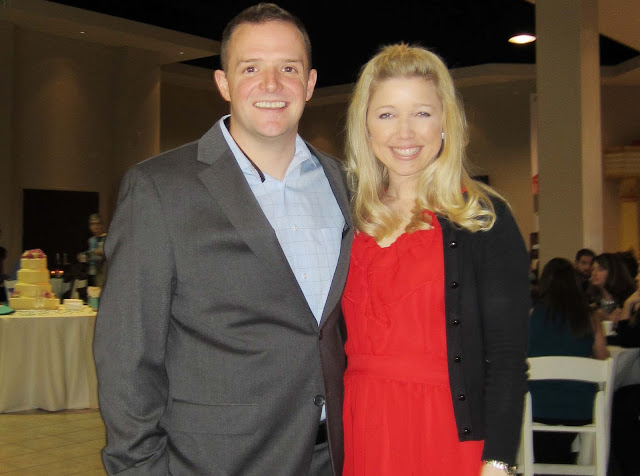 After our run we raced home, sopped up our sweat and changed into nicer clothes so we could jet off to a late morning wedding. It was one of my favorites ever – he’s from Syria, she’s from Dallas, and they both love Jesus like crazy. The ceremony was done in both arabic and English, and maybe it’s because we’ve got arabic-speaking students in our ESL program, or maybe because I’m a huge softy at weddings – but I loved every minute of it. Plus I got to hold a baby at the reception.
After the wedding I went home for a much-needed nap while Mr. Right went to work for a little while, and then we got gussied up again (confession – I wore the same dress again… because it’s new and because I love it – you’ll see it at another wedding later this month as well) and drove to Carrollton to eat at a hole-in-the-wall Colombian restaurant. 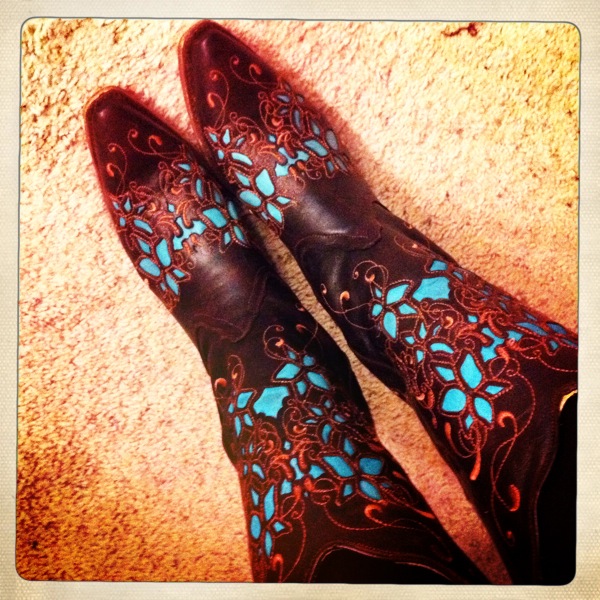 I wore my new boots. I haven’t posted these yet, so here they are – as you can see, I went with a very understated style. Actually, I went as loud as I could go… because after all, these are boots that will never see dirt… or a stirrup… so I might as well go loud and fancy. 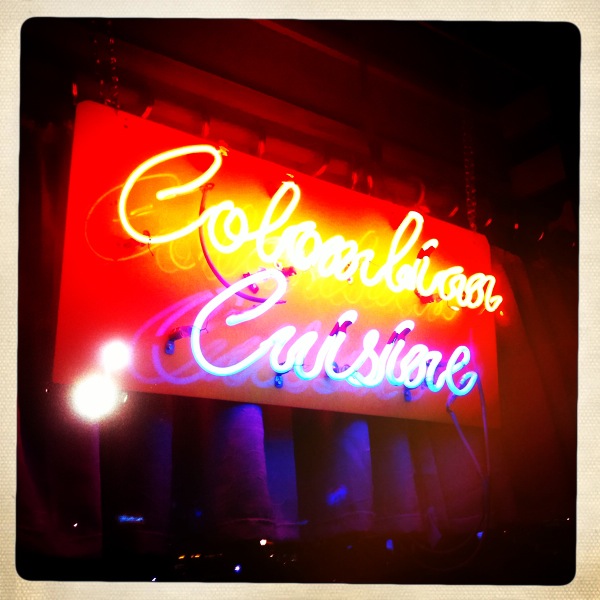 If you live in DFW, I highly recommend Casa Vieja. We were destined to love it, since we fell in love with Colombian food (and their people) during our trip there in 2010. Fried plantains, arepas, lot’s and lot’s of beef, and fruit juices served up like smoothies. I had lulo juice – a fruit only grown in Colombia – the juice was pea green but tasted amazing. Kind of like a mixture of grapefruit and kiwi…
I’m so adventurous. But my adventure has its limits… like when you start ordering blood sausage or fried pork skin. Nope, my adventure usually ends with exotic fruits and big jewelry.