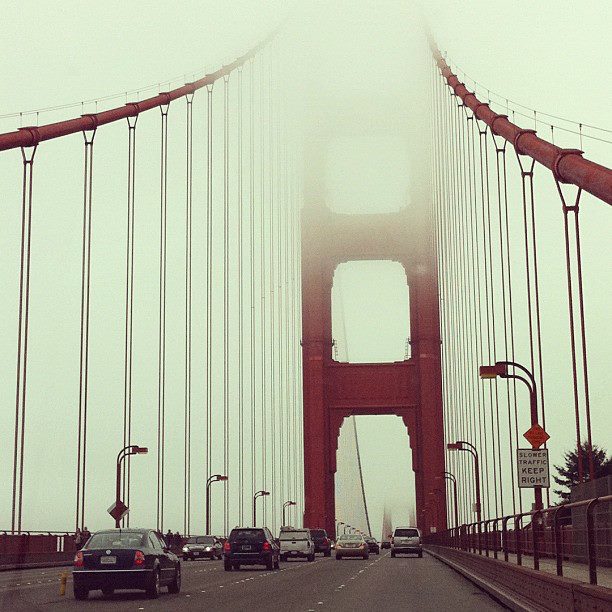 Northern California… what a glorious trip.
Here’s the background… Mr. Right’s seminary sends students during spring break to preach all over the country. We were lucky blessed enough to get a fabulous placement – the mountains of Northern California. Mr. Right preached four sermons (Sunday morning, Sunday night, Tuesday and Wednesday night) at a little Baptist church in Colfax, California – halfway between Sacramento and Lake Tahoe, up in the mountains but below the snow line.
I could move there. Not only was it beautiful, but the people were as nice as any Texans. It was so refreshing!
Most of the students who go on these preaching assignments tend to work VERY long days. Mr. Right offered, but our church took a different approach – they planned a few meals with members, took him to a concert with the youth and let him sit in on a men’s bible study, but other than that, when he wasn’t preaching, they encouraged us to enjoy a mini vacation just the two of us. It was rest for our weary souls – Mr. Right is still recovering from his trip to India, and a full load of grad school, plus a busy workload. On top of that, he now works during all church services, so he hasn’t sat through a worship service in three months. Add to that another stressful season at my job, and you’ll know why being able to relax and explore new places together–and worship together–was such a sweet blessing to us both.
(Note – pray for your pastors… and your pastors’ wives… they can always use your encouragement.)
But back to our trip: 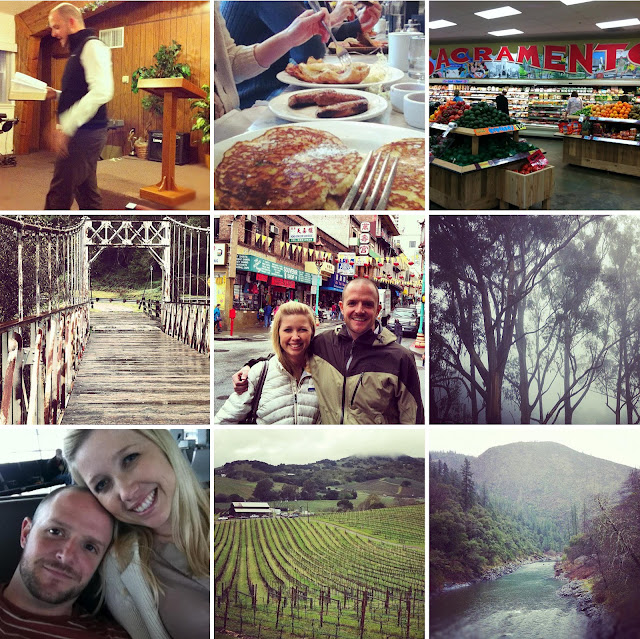 1. I got to take part in a quilting bee at the cutest little quilt shop while Mr. Right helped with a men’s bible study. I wish my local store offered something like that – the ladies there were so fun and encouraging. I brought my yo-yo’s.

2. We ate lunch in an old house that used to be a 30-year-old sanitorium, and we saw Colfax’s largest personal rock collection.

3. It rained the entire time we were gone, so I instead of doing my hair, I went for the “I’m in California so I’m going to be a hippie” look. It made getting ready so much faster – maybe I’ll adopt the hippie look in Texas some day.

4. The rain didn’t keep us from exploring the little town and discovering the American River with its gorgeous old suspension bridge nestled between two mountains. We also found neat antique stores, resell shops, and I even bought a new dress at “Mountain Mama.” (Don’t be fooled by the name, it was super trendy).

5. Mr. Right brought it when he preached. I was one proud wife! Each night after he preached they had a good old-fashioned Baptist social, complete with pecan pie and peanut butter fudge. Those people can cook.

6. Thursday morning we rented a car and drove the three hours to San Francisco. Our host home showed us a fabulous detour that took us through Napa and Sonoma. It reminded me of my two trips to the hills of Tuscany, and gave me a hankering to go back with Mr. Right.

8. A few years back I decided, on a wim, that I was going to run a half marathon in San Francisco. It sounded like a great adventure… until a very wise friend looked at me like I was crazy and said “Have you ever seen the hills in San Francisco?” I assumed they meant small hills… like they have in Fort Worth. Because, really, how big could these hills be?

I was very wrong. Those aren’t hills… they’re mountains.

9. San Francisco has the best food of anywhere I’ve ever visited. I ate crab cakes at Fisherman’s Warf. Lobster Lasagna at Annabelle’s (thanks Stephanie for the recommendation). A fried egg sandwich on homemade bread at Plow. And a latte from one of Anthony Bourdain‘s favorite spots – Blue Bottle Coffee.

Now you know why I started crossfit when I got home.

10. Mr. Right is the perfect travel partner for me. We just have so much fun together, and he doesn’t even judge me when I bring a bag that weighs 49.5 pounds, so heavy my handle broke. We laughed our way through much of the trip, and we relished having time away from homework and the responsibilities that come with being a grown up. What a treat. 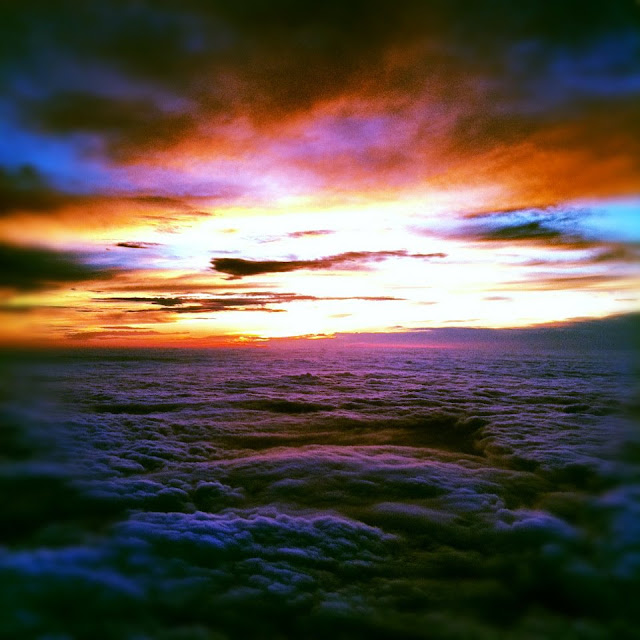 On our way home, Mr. Right snapped this picture of the gorgeous sunset over Texas. In an effort for full disclosure, this was edited with Instagram, so while the original colors were vibrant, these are a bit played up. Still, it’s a good reminder of what a creative God we serve.
Soon we have another trip planned to the other side of the U.S. – Florida. I can’t wait.