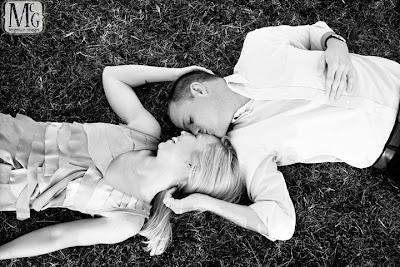 It was one year ago tonight that I went on my first date with Mr. Right. 365 days. He says that was the night he knew he wanted to marry me. I get a bit sentimental about anniversaries – my sweet husband has been hearing a lot of this lately…

“Honey, one year ago today I started liking you.”
“Honey, one year ago today you asked for my phone number.”
“Honey, one year ago today I got so mad at you because you didn’t call me for a WHOLE WEEK after asking for my number… and then you made it all better by FINALLY asking me out. And I melted. And I’ve never been the same.”
So it’s been 365 glorious days. Here are some other recent milestones, by the numbers:
44: Number of days since I married Mr. Right
78,943: Number of times I’ve thanked the Lord for blessing me with Mr. Right.
0: Number of nights I’ve slept through the night since marrying Mr. Right
0: Number of nights I’d trade Mr. Right for a good night’s sleep
3: Number of books I’ve read on my Nook in the past 44 days
2: Number of those books I’d recommend (Laura Bush’s autobiography, and the new John Grisham novel)
1: Number of Nicholas Sparks books I’ve read this month that I thought were utterly worthless